Video: Bengaluru traffic can break anyone, even Rahul Dravid 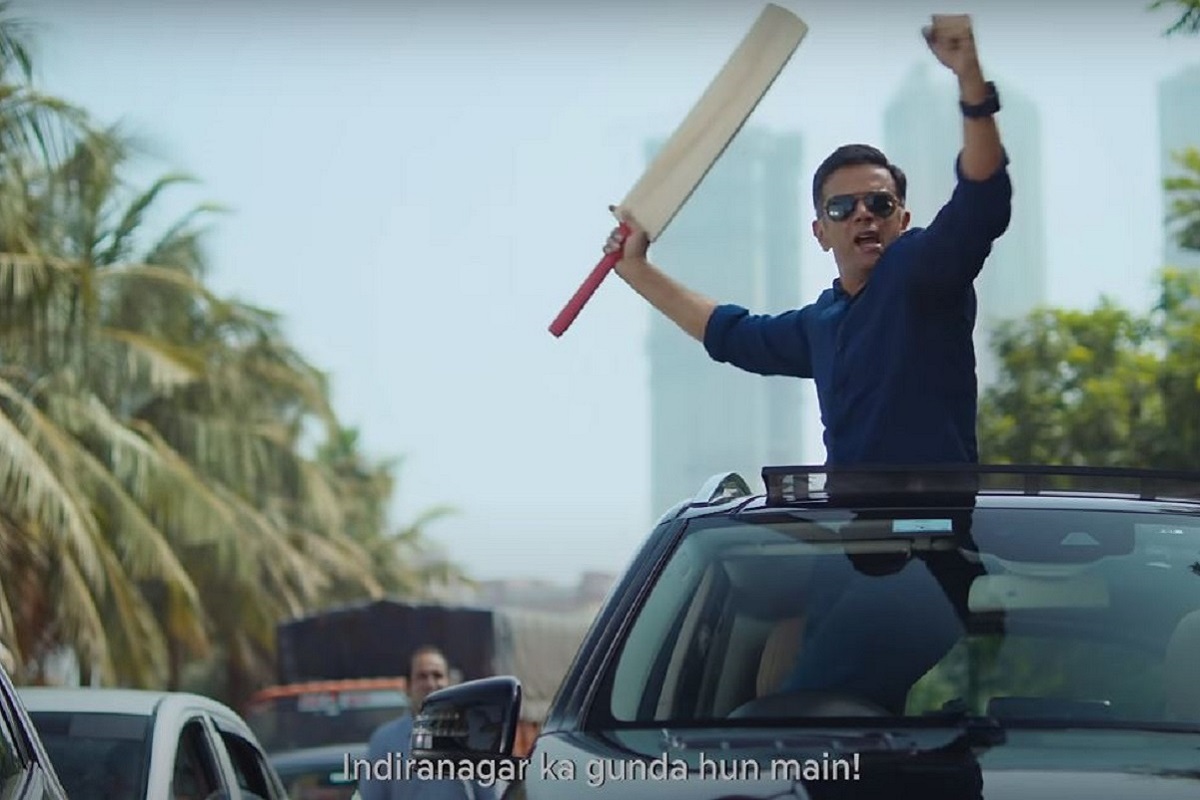 Rahul Dravid may just have anger issues if this advertisement is anything to go by.

Bengaluru’s infamous traffic drives everyone nuts. Apparently, it doesn’t even spare ‘The Wall’ himself. Rahul Dravid flicks a coffee cup at someone’s car window, screams at people for overtaking him and breaks a car window with a cricket bat. He also screams, “Indiranagar Ka Gunda Hoon Main!”

No, one of the nicest cricketers hasn’t lost his mind, although it might seem otherwise. In an advertisement for fintech platform CRED, for its sponsorship with the Indian Premier League, actor Jim Sarbh is pitching CRED and its benefits, and says that it sounds ridiculous, almost like saying Rahul Dravid has anger issues. Hilarity ensues.

It continues in the YouTube description of the ad as well.

“Hi, this is Rahul Dravid writing the description for this video. Sorry, I lost my temper there. I am meditating these days,” it says.

“Also, if an ‘Ajay’ from the red SUV who overtook me at the signal on 8th April 2021 is reading this, meet me there again in a week’s time. I’ll be waiting,” it adds.

Never seen this side of Rahul bhai pic.twitter.com/4W93p0Gk7m

The ad film was produced and directed by Early Man Film. It was written and conceptualised by Tanmay Bhat, Devaiah Bopanna, Puneet Chadha, Nupur Pai and Vishal Dayama and executed by DDB Mudra and 22Feet Tribal Worldwide.

Ayappa, director and co-founder of Early Man Film, said “It’s that time of the year when we collaborate with our favourite 90s heroes and make them do strange, yet wonderful things for CRED. I hope everyone enjoys these films as much as they did the last set.”

CRED, which had a unique campaign last year as well, said it would be launching six such films this year over the course of the IPL.

Show us some love and support our journalism by becoming a TNM Member – Click here.