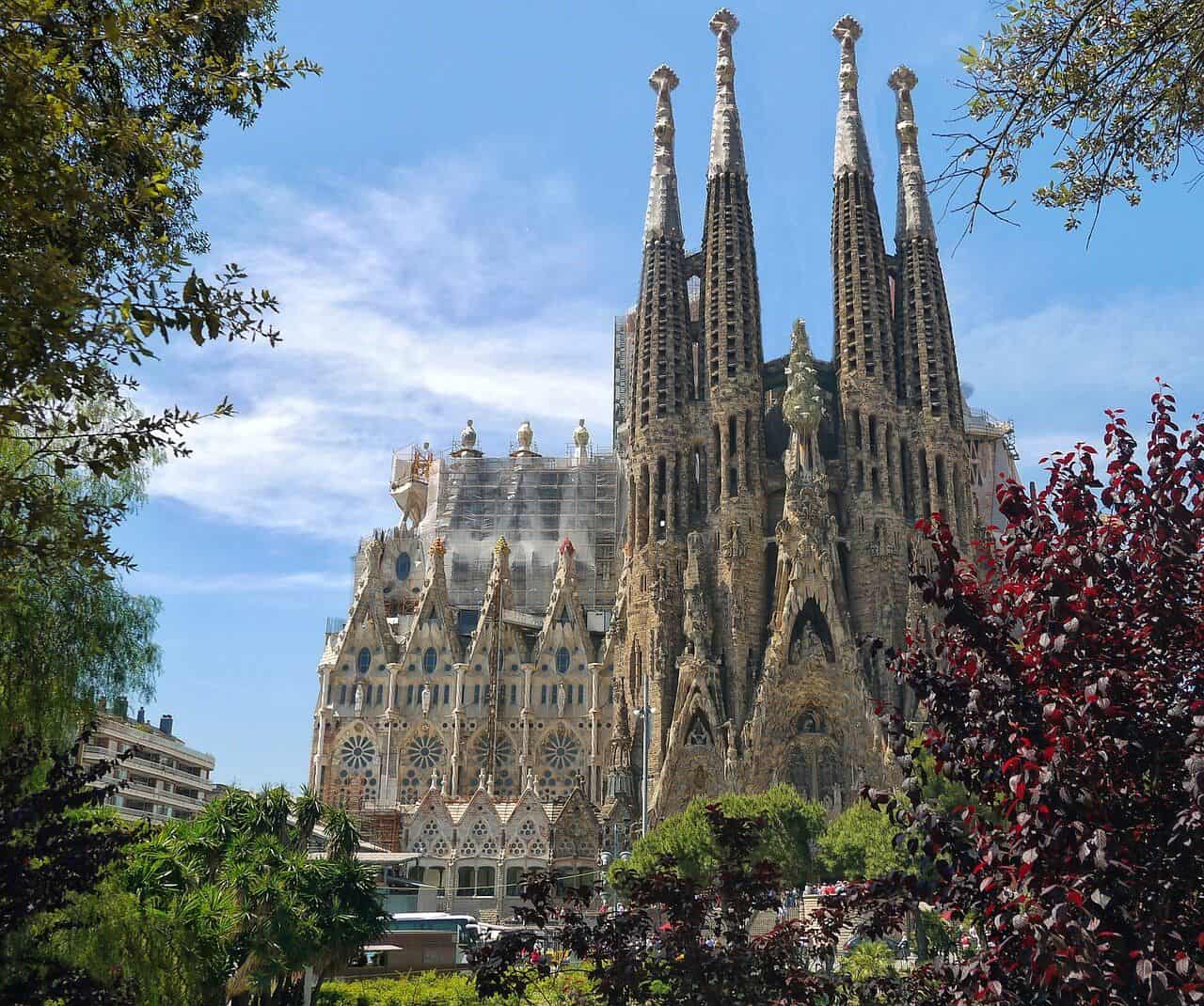 Barcelona is a city that truly has it all. Beaches, landmarks, gastronomy, watersports, culture, and history, there’s always something new and exciting to do here. Whether you’re a history buff, a football fan, or an adrenaline seeker, Barcelona has got you covered.

With a wealth of things to do comes the problem of not wanting to miss a thing on your trip. There’s simply so much to do here, and never enough time to squeeze it all in!

So, we’ve put together our list of the best tourist attractions in Barcelona for you to choose from on your visit.

Apart from the main sightseeing hotspots, there are a few more unique things to do in Barcelona and, of course, many activities in Barcelona.

Many of the tourist attractions in Barcelona are designed by Gaudí. The beautiful Sagrada Familia is one of the most popular attractions in the whole of Spain. The church is famously unfinished and was designed by Antoni Gaudí, all the way back in 1883. It is a designated UNESCO World Heritage Site, under the “Works of Gaudi”. The Sagrada Familia is Gaudí’s signature example of his famous surrealistic, Art Nouveau architecture.

Book a skip-the-line ticket and tour.

Another of Gaudí’s delights, the Park Güell, is not to be missed during your visit! It is one of the most popular outdoor attractions in Barcelona, and for good reason. It includes 12 acres of landscaped gardens, featuring surrealist architectural elements and eight acres of pine forests and olive groves.

Yet another modernist marvel to visit by Gaudí (he truly shaped the face of Barcelona!), is the Casa Batlló. The building was commissioned to Gaudí by the Batlló family in the 19th century as their family home. Its façade resembles a fairy tale, with curves, bright ceramic tiles, and a wave-shaped roof.

Experience Casa Batlló in a unique, interactive way with this immersive 10D experience.

Casa Milà, also known as La Pedrera, is a UNESCO-listed building found on the elegant Passeig de Gràcia boulevard. Built between 1906 and 1912 by Gaudí (who else!), its name translates to “The Stone Quarry” due to its appearance. La Pedrera is an architectural wonder, with mosaic-adorned chimneys and a peculiar, curved shape.

Ciutadella Park is a green oasis located right in the centre of the city. Here you can find several attractions: a lake with a rowing boat, the zoo, and the Catalan Parliament. It is also the perfect spot to sit with a picnic in the sun and admire the scenery.

Located up on the Sierra de Collserola Mountain range overlooking Barcelona, Tibidabo is another unmissable attraction. Tibidabo Amusement Park is the oldest in Spain, having been opened in 1905! Also, there are some of the best views of Barcelona from here. Right next to the park, you can also find the stunning Sacred Heart Church, which is also worth a visit.

Barcelona’s answer to Paris’ Arc de Triomphe, this architectural masterpiece should earn a spot on your list. Designed by Modernist architect Josep Vilaseca i Casanovas, it opens the walkway down to the Parc de la Ciutadella. The Arc de Triomf was designed as the main access gate for the 1888 Barcelona Universal Exposition.

The Barcelona Cathedral was first built way back in the 13th century but has had its current façade since the 19th century. It is a masterpiece of neo-gothic architecture that is visible from all over the city. We recommend a trip inside to marvel at the interior design of the Cathedral too.

The Camp Nou is home of the world-famous footballing giants, FC Barcelona. It is also the largest football stadium in the whole of Europe! Book the Camp Nou experience tour, which includes a tour of the grounds, as well as a trip to the museum. In here you can marvel at their many trophies and medals!

For any shopaholics, this is the place for you! Passeig de Gràcia is regarded as Spain’s most expensive street, lined with luxury brands such as Chanel, Prada, and Louis Vuitton. Amble through on your way to Casa Batlló and La Pedrera, which both take their home on this iconic avenue.

Las Ramblas is another popular street to explore in Barcelona

Check out our other posts about exploring Barcelona