Most in N.S. support travel restrictions, but are a little sad about their effect 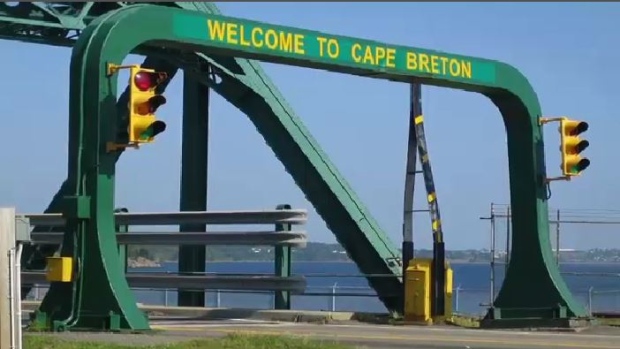 SYDNEY, N.S. — With the Nova Scotia government advising people not to travel to and from Halifax and some other counties, the effects of those restrictions are being felt well beyond the near-lockdown zone.

“I support it overall, but a little sad that I won’t get to see my family in the next four weeks,” said Jeannine McNeil, a Cape Bretoner living in Halifax. She feels the new restrictions are the right move, but she’s disappointed she won’t be able to get together in person with family back home for the next while.

“You know what, I may have actually gone home to surprise my mom for Mother’s Day because that would have been a nice thing to do,” McNeil said. “And as well, there would have been some work I was doing with the CBU alumni board that I was going there in person for, so those options just aren’t available right now.”

At the other end of the province, Yarmouth Mayor Pam Mood says the message she’s been hearing is that most people want to stay as far away as possible from the current spike in cases.

“We haven’t seen any cases here,” Mood says. “I will tell you, there is none of the ‘oh, goodness, I can’t go to the city.’ There is an awful lot of, ‘why can’t people just stay the blazes home? So we can all be safe.'”

Back in Cape Breton, the Kameron Junior Miners were tied 1-1 in their Nova Scotia Junior Hockey League final against the East Hants Penguins when the lockdown forced the series to be postponed.

They’re still hoping to come back and play for a provincial title, to cap what has been a crazy season.

“We’re all disappointed kinda in the fact that our season has been shut down for the third time,” says Ryan Boutilier. “They definitely want to bring a championship home and the East Hants Penguins would be no different. Both teams are just really looking forward to, kinda getting back at it, and hopefully, we’re able to do that in a few weeks.”

Each day since the COVID crisis first came here, McNeil has hosted an online patio chat — more than 400 of them by now — to help people stay connected.

She says that’s as important now as it’s ever been.

“I work in public health,” McNeil said. “So, I think it is important that we put these measures in place, and hopefully with this stricter lockdown, we’ll be able to get out of it sooner.”

Measures she hopes will stop the third wave before it goes any further.