A Guide to Visiting Sagrada Familia in Barcelona – Travel Dudes 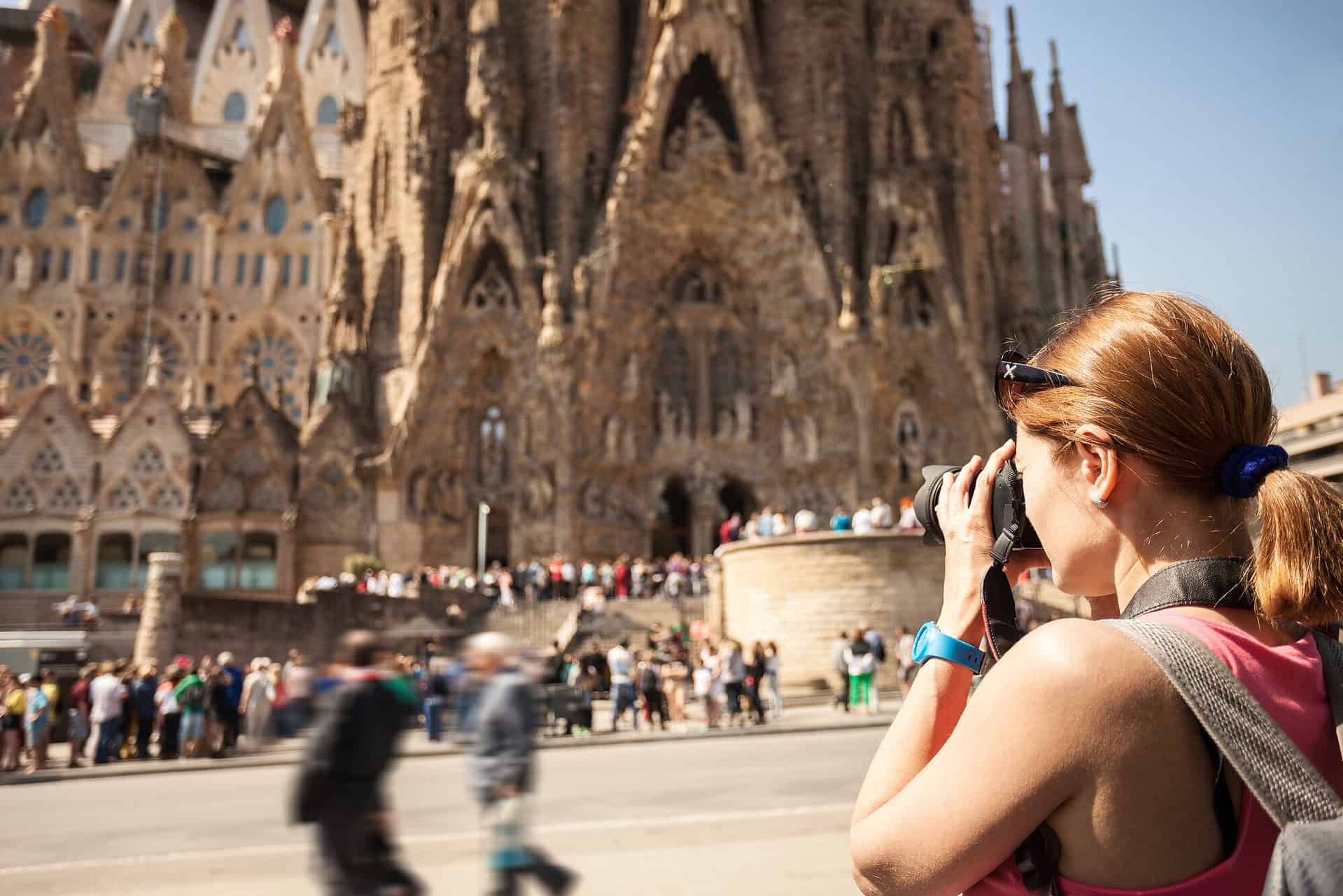 On your next trip to Spain, there are lots of things you might want to do. Something that you don’t want to miss is a visit to Sagrada Familia basilica.

Whether you’re religious or not, it’s an architectural masterpiece and famous landmark in the heart of Barcelona that is visited by around 5 million tourists every year.

But don’t let the prospect of large queues keep you from visiting! If you weren’t convinced before, here’s how why you need to visit Sagrada Familia on your next holiday to Spain.

The History of Sagrada Familia

While Gaudi is the most famous name behind the Sagrada Familia towers, nine architects have taken on the project since his death, and it’s still incomplete today.

In case you didn’t know, Gaudi was a dedicated Catholic, and he was notably obsessed with both nature and religion. His plans for the Sagrada Familia towers involved representing the entirety of Catholic history. This project was to become his grandest legacy.

Despite changing hands, every architect involved has remained true to Gaudi’s original plans from 1883. The original completion date was set for 2026. However, this has been delayed due to the Coronavirus pandemic of 2020 – with no new end date in sight.

Private donations are also accepted to build the Sagrada Familia towers further. Whenever it is eventually completed, it will become the tallest church globally.

Another of the fantastic Sagrada Familia tips is that Gaudi was buried there in 1926, located within the El Carmen Virgin chapel. Despite being incomplete, it’s also a UNESCO World Heritage Site – another amazing fact to tick off your bucket list!

Is visiting the Sagrada Familia towers worth it?

If you’re asking if visiting the Sagrada Familia towers is worth it during your next trip, the answer is a resounding yes!

That’s because the Basilica of the Sagrada Familia was built in 1882. It is a monumental church with ties to the Holy Family and was consecrated by Pope Benedict XVI in 2010.

What’s even more amazing about the Sagrada Familia is that it features breathtaking architecture by Antoni Gaudi, one of the world’s most famous architects. He pioneered a new era of architecture called Catalan modernism, which features free-flowing curves and organic forms.

You can find nine completed spires, of 18 in the original design, with plans for further completion in the coming years.

See also: Things to Do in Barcelona: Our Barcelona Activity Guide

Tips for visiting the Sagrada Familia

As this monument is one of the most popular in Spain, and because it’s in the middle of the city of Barcelona, you can expect queues to be extremely long. The best time to visit Sagrada Familia is as early as possible in the morning.

The Sagrada Familia opens at 9 am when queues are at their shortest. The period between 9 to 11 am is generally less crowded.

However, you may want to get inside the monument for the best photographic opportunities later in the day. For amazing pictures, the best time to visit Sagrada Familia is between 5-6 pm, when the sun sets.

The sunlight shines through the colourful stained glass at this hour, producing dream-like sights and images. It’s also possible to attend evening Mass at 6 pm, which comes at no charge. Here, visitors must dress and act appropriately.

Some other things to consider include:

We hope we’ve answered the question ‘is visiting the Sagrada Familia towers worth it?’ The answer is yes – it’s great to visit year-round!

You should add Sagrada Familia to your itinerary next time you go to Barcelona.

Looking for more things to do in Barcelona? Check out the below posts: