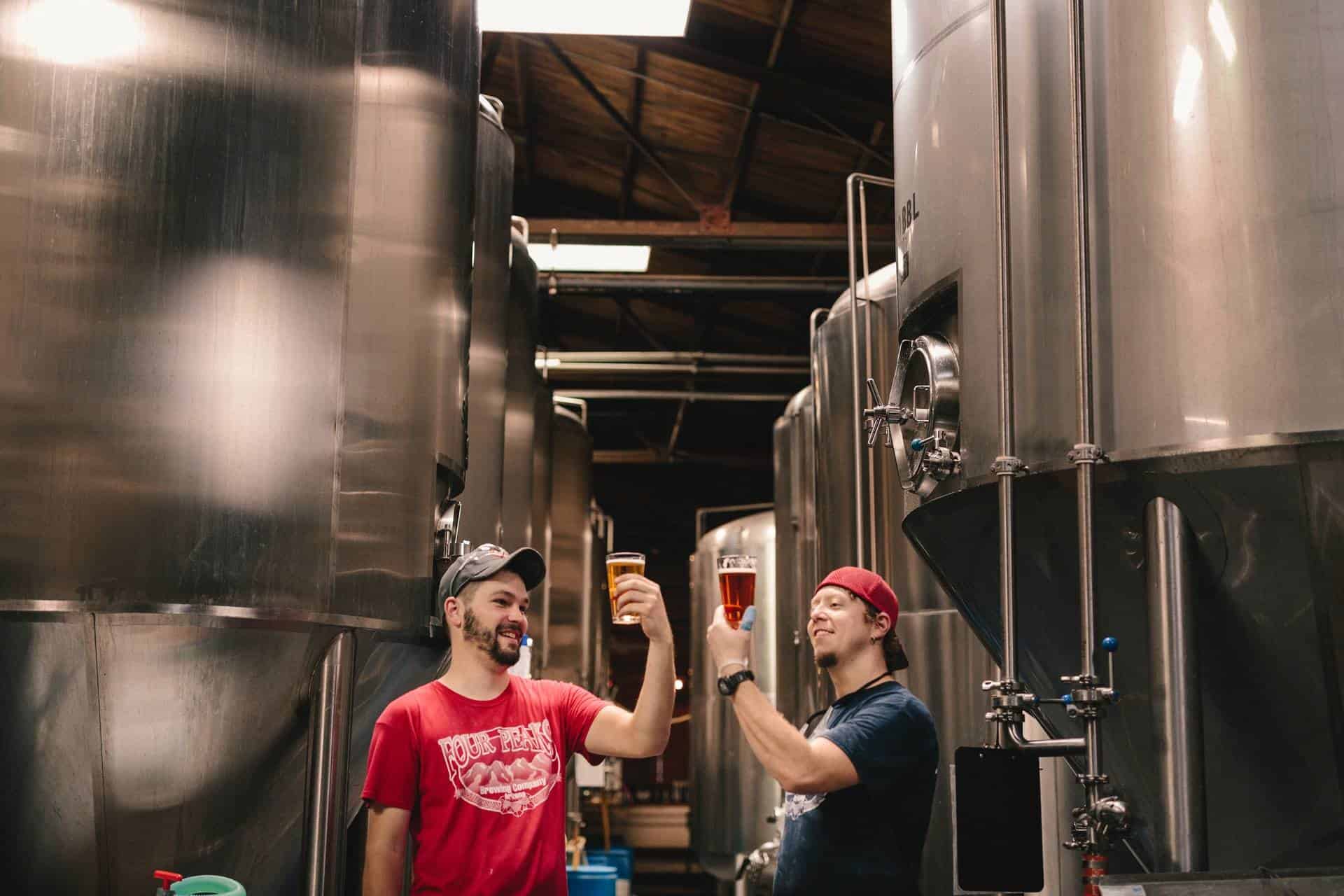 Craft brewing has never been bigger in the United States, and there are a few states which really stand out as masters of the microbrew.

Making it a great idea to do a Michigan brewery road trip!

Read on to get the perfect itinerary for exploring the many great breweries in Michigan.

How to plan a Michigan brewery road trip

For a road trip to remember, start out at Michigan’s southwest corner, and be prepared for frequent pit stops at the many micro and craft breweries along the way. Of course, you’ll need a designated driver – but be good sports and chip in for some bottles to go, so they can at least enjoy them later!

If you can, start your journey a bit west of Michigan (less than 1 hour) in Munster, Indiana – home of the esteemed Three Floyds Brewpub, one of the country’s most talented brewers.

As their 96%, “world-class” rating on Beer Advocate indicates, Three Floyds is famous for their hoppy brews, but they can seemingly do no wrong with whatever style they take on. Be sure to try some fan favorites like Dreadnaught, Gumballhead, and Zombie Dust, and fill up on some great bar food too, including top drawer burgers and deliciously crazy scotch eggs.

Continue your quest north into Michigan, stopping by Greenbush Brewing (Sawyer, MI) and The Livery (Benton Harbor, MI) for some samples on your way to one of the best breweries on the route – New Holland Brewing (Holland, MI).

New Holland has a well-established, big, and well-lit brewpub (a contrast from dimly lit 3 Floyds) with a wide variety of craft brews on draft. Fortunately, you’ll be able to try nearly all of them by creating your own flights – a sampling of (usually 4 to 6) smaller-sized beers.

Holland is a nice small town on the coast, great for walking, and with beautiful sandy beaches, so it makes a good place to stay for the night. If you’re traveling in a group, opt for a Two Bedroom Suite at the Residence Inn in Holland, complete with an indoor pool, barbecue grills, and complimentary breakfast.

The next day, head east to Grand Rapids, MI and make your first stop at Founders Brewing Company.

Grab a full pint of one of their phenomenal breakfast stouts and sample a few others. Even the designated driver can have a taste because you’ll be walking to the next must-visit brewery…

…HopCat, the #3 brewpub in the world according to BeerAdvocate magazine. Hopefully, you arrive around lunchtime, because in addition to some awesome beer, HopCat has some great food (don’t miss the crack fries).

There are three more important breweries to visit before the trek is complete. Continue east a couple of hours to lovely Ann Arbor, Michigan, which has become even lovelier now that Jolly Pumpkin Artisanal Ales has a brewpub here.

Jolly Pumpkin specializes in interesting, complex beer styles that many brewers don’t even attempt. Their Oro de Calabaza ale has won several awards and has been lauded as the best non-Belgian Belgian beer you can find. Enjoy a night of food and drink, and shack up in Ann Arbor for the night.

Both of these breweries have a wide range of beers to sample – Bell’s has succeeded to perfect many of the standard American styles, while Dark Horse tends to be more experimental, often incorporating fruit into their process.

Alternatively, if you don’t have a dedicated driver, you can always book a Michigan brewery tour. Here are a few options.