When will the US open its borders to the UK? 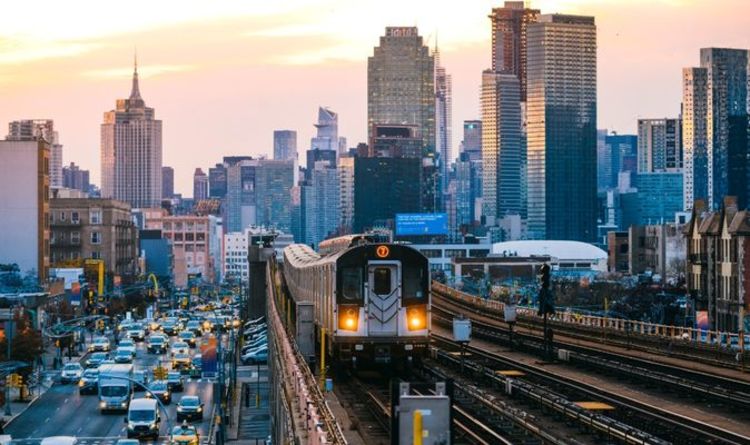 The US, alongside the UK, is leading in the vaccine rollout, with almost half of Brits given at least a first dose. A new traffic light system has been suggested by the Government, in which countries are ranked based on a number of criteria including vaccination infection rates, the prevalence of variants of concern, and their genomic sequencing capacity. The countries will then be ordered into ‘red’, ‘amber’ and ‘green’ based on the findings of these criteria.

People heading to low-risk ‘green’ countries will not need to isolate themselves when they get back to the UK.

They do, however, need to take PCR Covid tests before and after they get home.

Travelers arriving into Britain from the ‘amber’ countries will have to self-isolate at home and take Covid tests pre-departure and on Day Two and Eight after they get back.

Tourists coming back from ‘red’ listed countries will have to isolate in a quarantined hotel for 11 days at a cost of £1,750, as well as taking Covid tests pre-departure and on Day Two and Eight after they arrive.

When will the US open its borders to the UK?

As things stand, the situation is very precarious all around and it’s not exactly clear when the US will reopen its borders.

However, while it’s not easy to say for sure when travel to the US can resume, it’s likely to be quite soon.

The vaccine rollout is going well in the US, with President Joe Biden announcing all adults have been eligible for their first jab from April 19.

The success of the vaccine in the US could allow it to open to Brits by the summer, and even placed onto the ‘green’ list.

“Within the UK Government’s traffic light framework, we have the opportunity to put the UK and US on a ‘green’ basis and get the economy moving again as of May 17.”

British Airways CEO Sean Doyle has also previously pushed for the US to drop the ban and reopen its borders.

He said: “On the basis of what we see looking forward with the vaccination program we think the case for opening up the entire US as a single system is very compelling.”

Aer Lingus is launching direct flights to the US from Manchester in July.

Paul Charles, CEO of travel consultancy firm the PC Agency, revealed London and Washington are considering the travel corridor scheme, and it could be soon.

Mr. Charles said: “Governments are in negotiations at the moment, which are proceeding positively, about a possible pilot bilateral corridor scheme to enable safe travel between the two countries after the end of May.

“One of the Global Travel Taskforce work-steams is called ‘Engaging with other like-minded countries [like the US]’.

“The Biden Administration has also been consulting in the US about opening up borders in advance of American Independence Day in July.”

One thing is for sure, however. May 17 is the very earliest that international travel can resume, from the UK’s side at least.

Prime Minister Boris Johnson has said more information will be handed out closer to the reopening date.

Officials in both countries are worried about their vaccination programs being jeopardized by new imported variants, so experts say that travel between the two countries may restart in small steps.