B.C. premier says it’s ‘outrageous’ people are travelling to Vancouver Island, but has no plans to stop it | CBC News 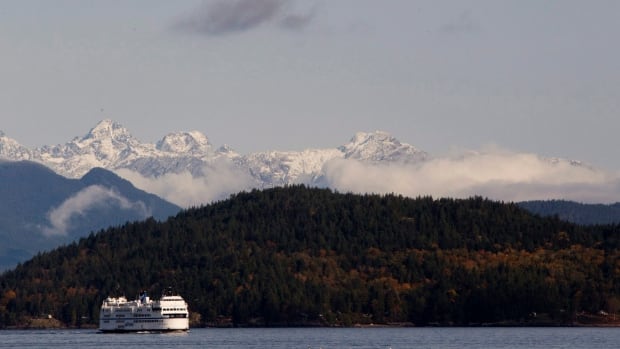 Premier John Horgan has no plans to impose travel restrictions between Vancouver Island and the B.C. mainland, despite warnings that a recent spike in COVID-19 infections is at least partly the result of travel.

Horgan said in an interview with On The Island it’s “absolutely outrageous” that some people are traveling to Vancouver Island for vacations. “But what do we do? Arrest them?”

The premier acknowledged the province could restrict ferry travel and has done so in the past, but he said it was “not necessarily to good effect … I appreciate we want to be like New Zealand, but we can’t be.”

Sonia Furstenau, leader of the Green Party of British Columbia, says the government could act but is choosing not to.

“I think a lot of people are getting weary with the government saying they can’t do anything. We’ve been in a state of emergency for over a year,” Furstenau said.

“This government can make house orders if they want to do that, and they are choosing not to.”

Britt Chalmers, a Tofino district councilor, said the Easter weekend was busy for the remote coastal community, where people have mixed feelings about the current situation.

“There are struggles with the businesses, the economy, the mental health, then there’s the worry about [COVID-19] brought in or community members leaving and bringing it back,” she said. “There’s definitely concerns and conversations mixed with the fears of losing jobs and not being able to afford rent.”

Henry said transmission of the P1 variant of COVID-19, which was first detected in Brazil, was a concern and that some cases have been traced back to people who visited Whistler in February.

“It was likely that visitors from other parts of Canada initially introduced that strain,” she said.

Whistler Blackcomb has since closed for the remainder of the winter season.

While most cases of the P1 variant have been detected in Metro Vancouver, there are also confirmed cases on Vancouver Island.

The chief medical health officer for Island Health says most of those cases have been traced back to travel.

“The ones that we’ve looked at have largely been as a result of people traveling to either Whistler, the Lower Mainland, or being exposed basically to someone from the mainland,” Dr. Richard Stanwick said Tuesday.

Stanwick expressed frustration that some people are traveling to Vancouver Island because they need a break, not because it is essential to do so.

“Casual travel is not contributing to the protection,” he said.

International travel is also a factor in the spread of COVID-19. So far this year, more than 400 flights to or from Vancouver have been listed on the COVID-19 flight exposure list by the B.C. Centre for Disease Control.

Most of those were domestic flights, but the list also includes international flights to and from the U.S., India, Mexico, and other countries, as recently as April 3.