A55 Easter traffic brought to standstill as horse ‘breaks down’ 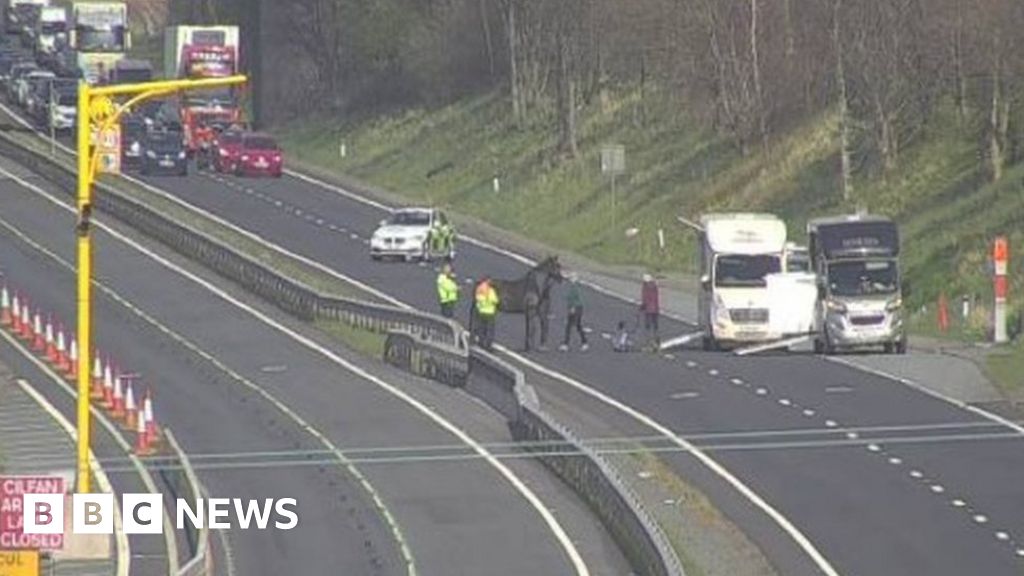 People traveling to enjoy the sunshine on Easter Sunday could be forgiven for the long face when their progress on the A55 in Gwynedd came to a halt.

A horse standing in the carriageway when its owner’s vehicle broke down forced police to shut the A55, between Llandygai and Tal-y-Bont.

An image, posted on Twitter by Traffic Wales, shows the horse standing in the middle of the carriageway.

A rolling roadblock, put in place at about 15:30 BST, has since been lifted.

It is not the first time a horse has caused a stir for drivers in Wales.

Last year, a horse found wandering around on the A48 in Cardiff hitched a ride to safety on a bus, to get a helping hand back to its stable.