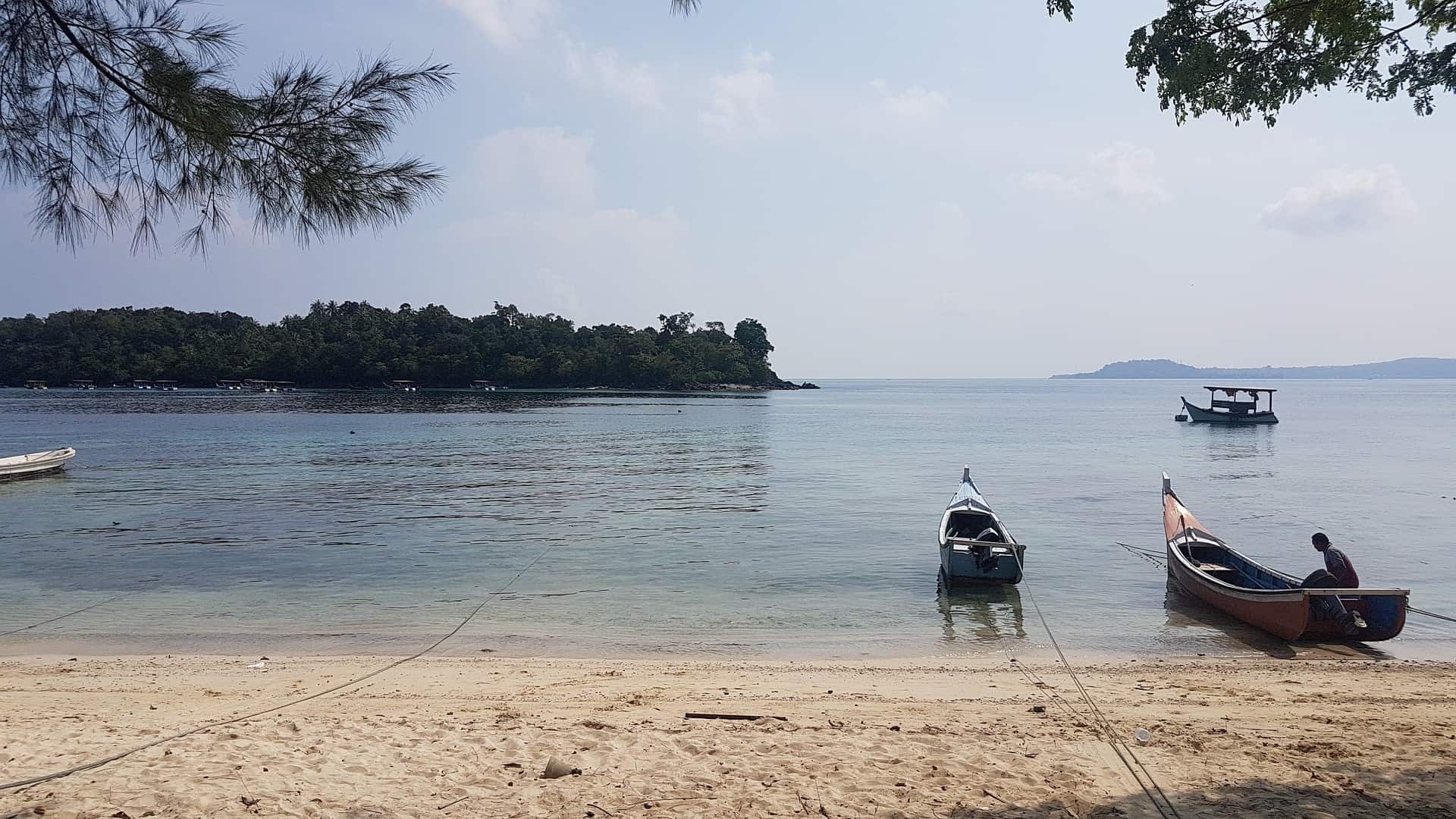 Weh Island (Pulau Weh), often known as Sabang after the largest city, is the most northwestern island in the Indonesian Archipelago.

Local residents are concentrated in City of Sabang in the eastern part of the island along with places like Anoi Hitam resorts and Kasih Beach.

A bit of history of Weh Island

In late 2004, the southern part of Weh Island was swept off by tsunami. It is now reconstructed and fairly in good condition. The memories from destructive tsunami are still strong, local residents are usually very open to talk on this issue, a chance to greet and talk with local residents.

Local residents are known for being very helpful and honest. If you’re driving in the middle of nowhere and running out of petrol, just wait for the next vehicle to pass by and ask them nicely to take you or buy you petrol.

Getting to Weh Island

The island has sole access through ferries operating between Ulee Lheu Port in Banda Aceh and Balohan Port in Weh Island.

Banda Aceh itself has daily direct flights from Medan, Jakarta and Kuala Lumpur. Since Banda Aceh airport is located far from the Ulee Lheu Port, taxi fare is quite high.

There are daily fast ferries from both terminals, twice a day, in the morning and late afternoon. The service is fairly good and punctual. These fast ferries are passengers only, for those crossing with vehicles must use slow ferries.

Slow ferry is half-priced than the fast ones, taking three times longer (around two hours), with only one scheduled ferry.

Getting around Weh Island

Taking vehicles from Banda Aceh to Weh Island is not recommended, unless you’ve already hired a car for your journey.

Limited ferry to take your vehicles onto and out of the island should be your utmost concern. Thus, hiring inside the island is more recommendable. The prices won’t differ that much, bargaining is always allowed.

If you’re feeling adventurous, hire a bike and ride through the hilly road from east to west, north to south.

On the other hand, if you’re taking a short trip and leave in the afternoon ferry, hire a motorcycle for the day, it is already filled with full petrol.

It is quite difficult to hire vehicles right away outside Balohan Ferry Terminal, take public transport from the terminal to City of Sabang to find the nearest hiring station.

A simple guide when driving in the island is to spare at most one hour to drive from easternmost to westernmost coast.

The island is only 24 kilometers in length from east to west (as my taxi driver said), so if you are in Iboih and catching the afternoon ferry in Balohan Ferry Terminal, spare at most one hour to drive and buy ticket.

ATMs for cards with Mastercard and Visa logo are located in City of Sabang; take enough money with you when staying outside the city since driving forth and back will cost a lot of time.

Main petrol station is located in City of Sabang. Along the road, you will find vendors selling petrol (“bensin” in Indonesian) with slightly higher prices.

Roads in the island is smooth, well-marked with traffic signs and almost empty from other vehicles.

Considering that this is one of the outer islands of Indonesia, military presence is strong, so it is best to stay safe and not doing something weird 🙂

Aceh is the only province in Indonesia with sharia law (Islamic Law), dress modestly when staying here, though in some beaches, swimwears or tanktops are common to see.

Driving alone in the middle of the day through the smooth road inside tropical forest is extremely safe, but after the sun sets, pay more attention since there is no light along the road. Driving at night is not recommendable outside the city.